Use These Three Mistakes To Smarten Up Your Playing! 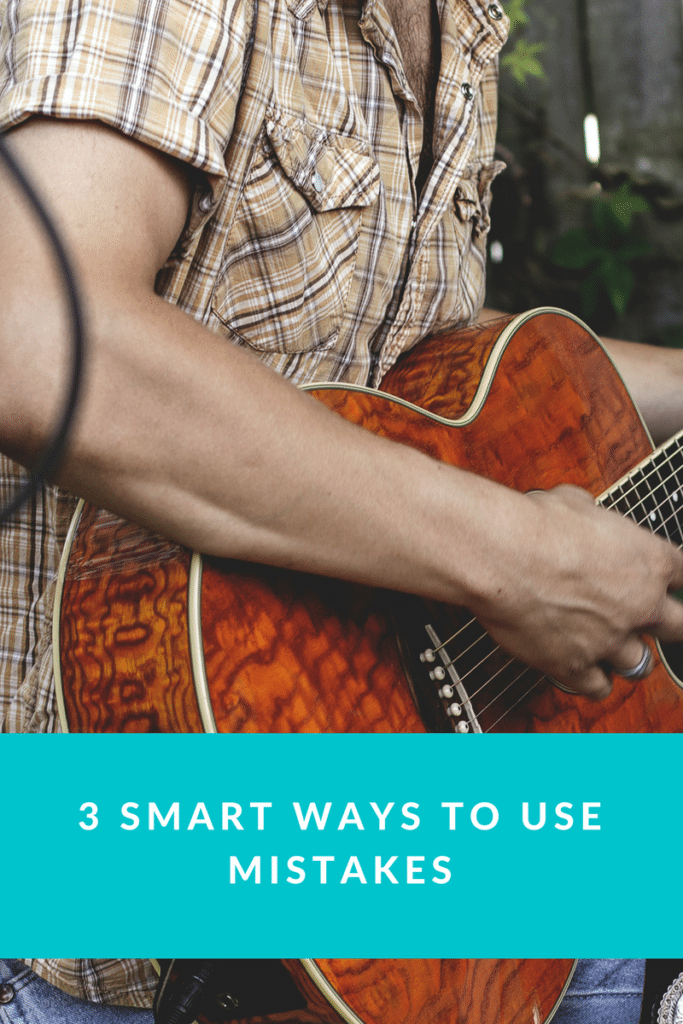 No matter how much we try and avoid it mistakes happen. I know countless examples of when I’ve made mistakes during practice, or even during a performance, However, did you know that your mistakes can be used to improve your playing?

Take a look at these three ways you can use them:

As you learn various chord shapes, you begin to discover that there are many ways of playing the same chord, in different places. This sometimes can cause confusion, and you end up messing up or forgetting how to get to the next chord in the progression. However, at times this can create something that will make you not only sound better, but also teach you more about adding a variety of different “colour” or transition chords.

For example, if you’re trying to go from F > C in a song, you’re not the biggest fan of the barre, so instead use the easier F shape from my recent blog post.
However, when transitioning between the two chords, you don’t take your finger off on the fourth fret and end up playing something like this:

A mistake? Nope. It’s a Csus4 which is what I like to call a “colour” or transition chord. It’s a fantastic tool to have in your rhythm arsenal when you’re playing and composing; it gives you an opportunity to do something slightly different with a progression and spice it up a little. You can use sus4 chords as a transition between your F and C chord. Instantly a mistake becomes a tool you can use to better your playing.

SPICING UP A SOLO

A sign of a good guitarist isn’t how few mistakes you make, it’s how you USE them. For example, say you’re soloing over a progression, and you slip, and you play something that’s not in the scale you’re using as soon most of the time you’ll instantly realise it’s a “mistake”. Instead of stopping and panicking, slide up to the next note. There are many times where I have used notes outside of the scale, to draw attention to a certain aspect of my solo, and create tension. I use it to call attention to the riff and then slide back up into key.

Your mistakes are a great measuring tool to see whether you’re challenging yourself in your practice and playing. I know that where I struggle is where most mistakes happen. It’s a great gauge to see how far I’ve come, and to whether I am providing myself with a challenge. The way I see it if there’s a mistake there’s progress to be made.

So when you’re next practising and you make a mistake. Try taking a step back and remembering that something good can come out of your mistakes. You’d be pleasantly surprised at how many famous pieces came out of a mistake. But that’s another post for another time!