Don’t Be Scared of F Major 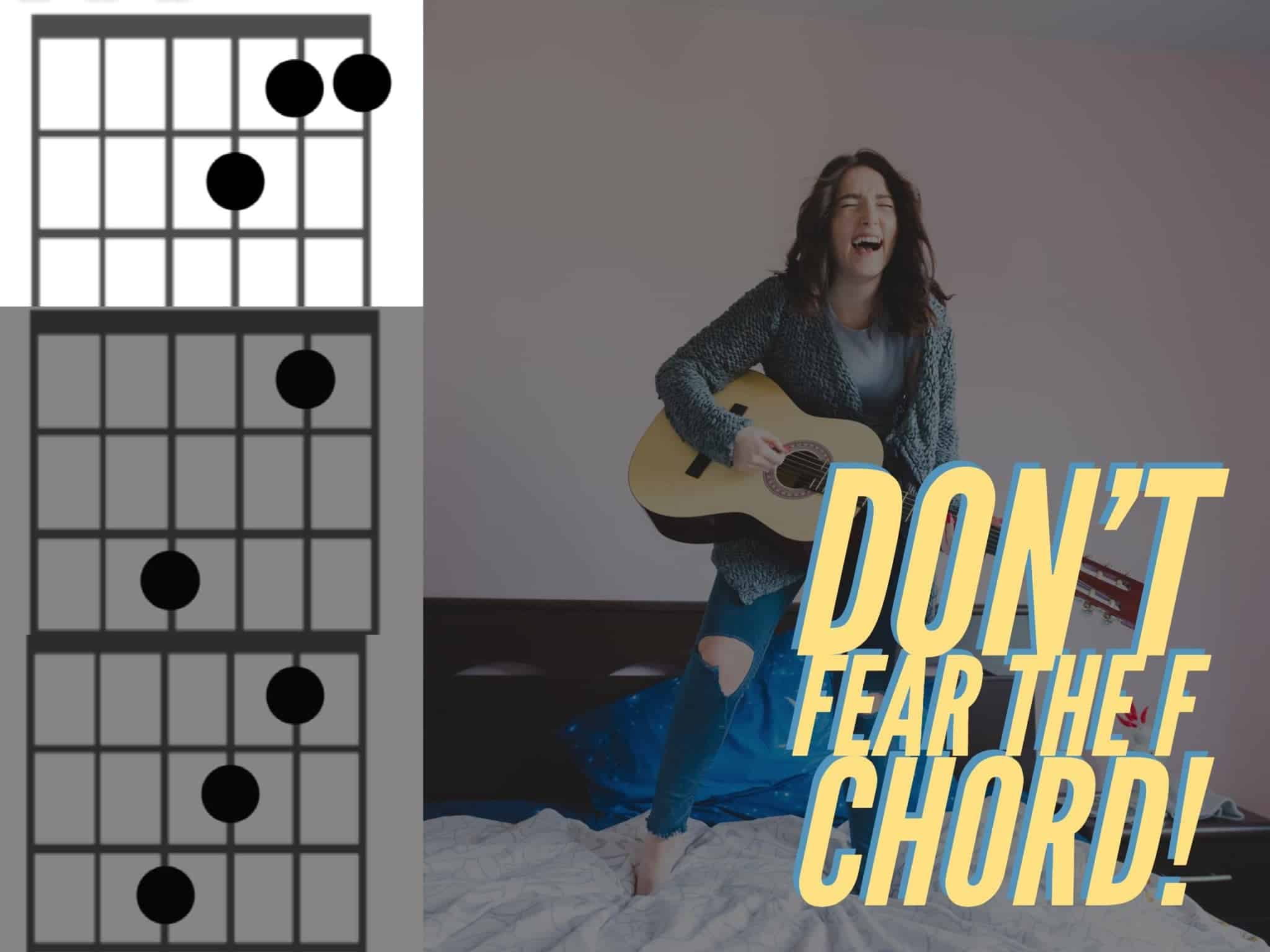 F major is a beginner guitarists worst nightmare. I remember when I first started, I used to avoid it like the plague. It was just…NOT THE F CHORD! Unfortunately, it’s very common chord to have in songs especially modern day music in the charts these days there is always a sneaky F chord hidden in there to ruin your day! Well, fear that chord no more because today I’m happy to introduce you to a couple of brilliant alternatives that can save your fingers in a time of need! 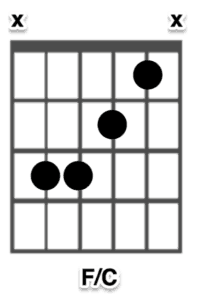 Our first simplified version of F major is my prefered alternative. Many of the other options lack the lower end of the guitar and rely more on the higher notes. This chord has a more balanced range hitting the lower notes as well as higher; it also makes switching to C more straightforward as it’s a simple shuffle of two fingers!

This chord is probably the favourite choice of all the alternatives to F major. Fmaj7 is a simple three finger chord with the 7th thrown in for a nice bit of jazzy flair, don’t worry for those who are not a fan of jazz although maj7 chords are used in a jazz scenario. This chord can fit quite snuggly in with many genres although it can appear to lack a little bit of the lower end. It’s works 🙂 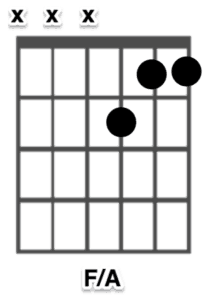 If you’re looking for something on the higher end of the register than F/A will give you just that a very simple three string three-note chord with A taking precedence. 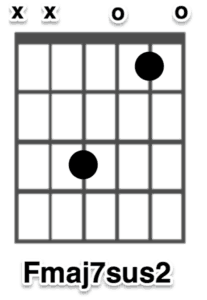 If I had mentioned this chord to you – with just its name alone, I wouldn’t be surprised if you just said: “I thought you mentioned this was going to be easy version of F, not overly complicated chords with odd names”.

If you enjoy fingerpicking, this is a chord to add to your collection and like the F/C  above it fits beautifully with Cmajor – especially when fingerpicking is involved!

Hopefully, this post has helped you find a variety of alternatives to the dreaded barre F chord shape. This will make it easier to play along with all those annoying songs with F chords in with limited issues, and for those who are confident enough to use the standard or short barre F chords, these alternatives will provide you with an opportunity to add variety to your chord library!