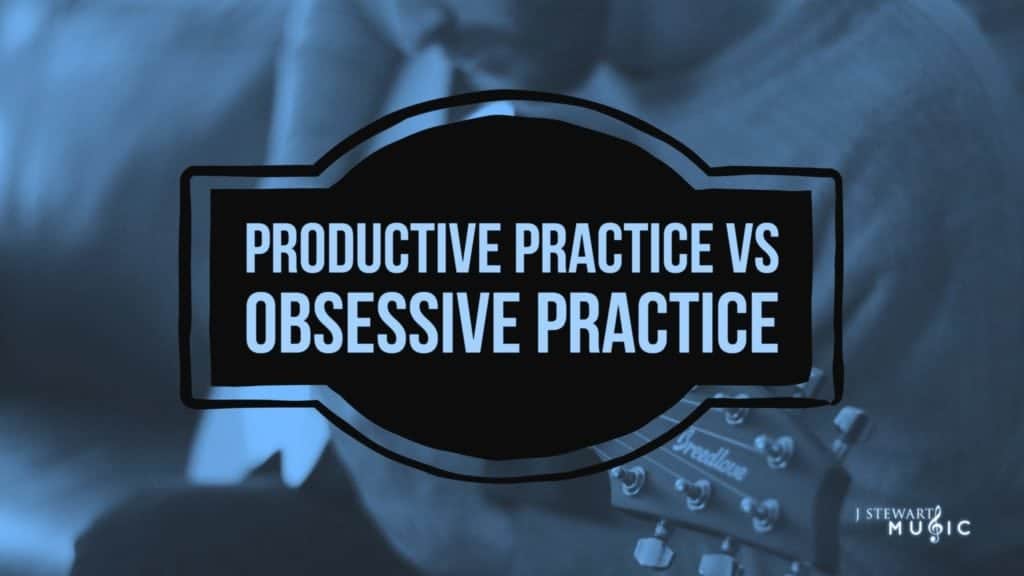 Being a better musician requires a lot of focus on a lot of things. I discovered recently that although improving accuracy is important — it runs a risk of becoming less productive practice and more like obsessive practice.

When you start to learn guitar (or any instrument) one of the most important things is you need to practice, to improve your skills and work towards doing the very best you can.

To do that you have to be meticulous in what you do by focusing not only on the bigger picture — which is incredibly important by the way but also the tiny details the positioning of your fingers on the fretboard, how the tone influences your composition. These are important aspects of learning.

As Gerald Klickstein wrote in his book The Musicians Way when talking about improving musicianship:

Aim for accuracy that surpasses correct and ascends towards the sublime…

So, that’s pretty simple, right? You just play the same exercises over, and over again until you get it perfect? Right? Right?

Now up until recently, that’s what I thought…however, I soon realized there was something amiss I was paying attention to every little detail trying to be as accurate as possible and I was getting worse.

So I just kept going practising that same section thinking if I carry on working at it…it’ll be sublime and everything I do will match that.

I realized, that I went from “practising perfectly ” (or efficiently as I prefer to call it) to practising obsessively, and as you can imagine when the word obsessive comes along.

It doesn’t achieve a thing.

It wasn’t productive practice at all. I got no better at my drills and exercise in that one sitting. I got no further forward in what I was working on. In fact, I was worse at playing my exercises the more I repeated it…

So this begs the question? Can you ever be accurate? How can you be accurate without practising being accurate?

The answer is simple:

Time is a friend to practice and an enemy to obsession.

I neglected to pay attention to another quote of Geralds:

Give yourself a fixed amount of time, to practice with accuracy. Pay particular attention and be particular about what you want to achieve in your exercise. Be as particular as you need to be, this is the best time to be critical, record your exercise …and keep it up until…

Then no matter what stage you’re at, whether you’ve finished the exercise, or your halfway between it or you’re in the middle. STOP.

It sounds pretty simple, but it’s not….it’s probably the most frustrating things ever to stop something especially when you’re mid-exercise. But it’s important that you do so. As otherwise your 5 minutes warm-up will turn into a 2-hour warm up and you’ll have got nowhere but becoming frustrated and fed up with practice…and eventually, you’ll give up practising all together which will make you feel even worse!

So remember, make your practice productive, not obsessive!